Why it pays to give

When it comes to parting with our wealth for the ‘greater good’, how do high net worth South Africans stack up? And what role can philanthropy play in effecting lasting social change?

Back in 2013, mining magnate Patrice Motsepe made headlines with the announcement that his family would be the first outside of the United States to sign the ‘Giving Pledge’ – an initiative launched by Warren Buffett with Bill and Melinda Gates urging the world’s billionaires to promise sizeable chunks of their net worth to philanthropic causes.

In the Motsepes’ case, the pledge amounts to an estimated $1.45 billion, or at least half of the funds generated by the family’s assets.

Since then, a number of high-profile South African businesspeople have opted to funnel substantial amounts of their accumulated wealth into philanthropic foundations. But while this type of giving is hardly new, and the likes of Motsepe, Cyril Ramaphosa and Allan Gray have made no real secret of their philanthropic habits, the phenomenon remains difficult to measure, partly because many – possibly even the majority of – givers prefer not to make a public fuss about their generosity.

HOW GENEROUS ARE WE?

To date, we simply do not know how many philanthropic foundations there are in South Africa, nor how much they give. ‘Global Giving: The Culture of Philanthropy’, a 2010 report by Barclays that surveyed 2 000 people around the world, ranked South Africa the second-most generous nation in the world, after the US – which may sound impressive but remains more than a little fuzzy and entirely relative.

According to the Nedbank Private Wealth Giving Report 2016 into the state of giving and best practices, 88% of high net worth individuals gave money, time or goods in 2015, slightly down from 91% in 2012. A quarter of givers contributed more than R50 000 each in 2015, while givers made more contributions in 2015, with noticeable increases among those in the categories 20 to 50 and 50 to 100 donations per year.

It’s worth noting here that while ‘charity’ and ‘philanthropy’ are often used interchangeably, they’re not quite the same. Charity implies a once-off or ad hoc donation, often in response to an acute need, whereas philanthropy tends to refer to a longer-term, more strategic style of giving, typically facilitated by trusts, managed by boards, and even spanning generations.

According to Amanda Bloch, Director of GastrowBloch Philanthropies, high net worth South Africans tend to be extremely charitable. ‘But setting up a foundation, a separate legal entity, through which to make grants is less common than you might think.

‘In the US and Europe, philanthropy is an industry,’ Bloch explains. ‘There are structures to support it and government enables it via tax benefits and other channels. Foundations are big business, as are “impact investing” and “mission-aligned investing”, which are being viewed as a type of philanthropy. In South Africa, the support structures are limited and government doesn’t enable it with the same enthusiasm.’ 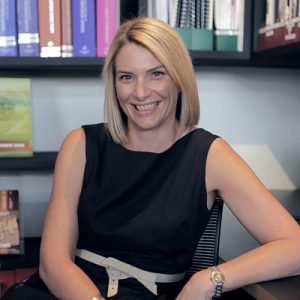 Philanthropic trends also tend to echo business confidence. ‘In the current climate of economic instability and corruption, high net worth individuals are less inclined to set up foundations.’ Interestingly, existing foundations haven’t decreased their giving in the face of uncertainty and have in many instances increased it to keep up with the need.

In 2006, Warren Buffett’s pledge to give away the lion’s share of his fortune via philanthropic foundations wasn’t met with unanimous admiration. Instead, it raised a number of philosophical questions about the practice. Is philanthropy the reaction of a guilty conscience to vast economic inequality? Or can it be a legitimate way for high net worth individuals to leave a lasting legacy?

Without delving too deeply into the possibility of pure altruism, it’s safe to say that depending on how it’s approached and executed, philanthropy can indeed make a difference. Bloch puts it this way: ‘A robust civil society is the cornerstone of a functioning democracy and without philanthropy, a strong civil society would cease to exist. Philanthropy can contribute to systemic development and change, but it can also be a negative disruptor when not practised mindfully.’

It’s more strategic and sustainable than ad hoc giving. But it’s also more likely to support innovation – the kind of work or research that government is unable or unwilling to fund.

In a 2016 study by GastrowBloch Philanthropies, a detailed survey of 21 South African philanthropic foundations found that 80% funded innovation. In fact, 77% of participants were prepared to provide seed funding to start-up organisations, demonstrating an unusually high appetite for risk compared to the corporate sector, international aid and government funding.

What’s more, Bloch says, if you want to be part of shifting a system, values or behaviours, or alleviating a plight, you don’t need to have Motsepe-scale sums of money to get started, as foundations range in size – both in terms of the endowment and in terms of annual grant making.

‘You need passion, a desire to do something good and, frankly, a positive moral and ethical compass.’ Under these conditions, philanthropy surely offers some exciting possibilities for sorely needed social change.

* ‘Form and Function: A View of the Financial and Operational Practices of South African Private Philanthropic Foundations’, by Shelagh Gastrow and Amanda Bloch, February 2016.

A trust set up in South Africa with the objective of benefiting certain public-benefit activities can be efficiently used as a vehicle to receive charitable donations or bequests.

South Africans increasingly use these trusts as vehicles for charitable giving from all over the world towards worthy causes in South Africa.

The Pretoria and Johannesburg branches of Sanlam Private Wealth have set up public-benefit organisations, the Hands of Goodwill Trust and the Bakusasa Change Agents Trust, to enable their clients to donate to charitable causes, such as the education of poor and underprivileged children.

A charitable trust like the Wildlife Conservation Trust, meanwhile, focuses on the conservation of wildlife in South Africa. It undertakes projects to look after orphaned rhino babies whose mothers have been poached for their horns, orphaned elephants whose mothers were killed for their tusks, and the protection of endangered or near-endangered species such as wild dogs and cheetahs.