login
back to Fiduciary and Tax

There’s an old saying that goes, ‘from shirt sleeves to shirt sleeves in three generations’. Quoting 2013 survey results, the Wall Street Journal went so far as to say that 70% of affluent families will lose their wealth by the second generation and 90% by the third. How can wealthy families prepare for the smooth transfer of assets to their children to ensure their legacy continues? How involved should the next generation be in estate planning? What lessons and values should be conveyed between generations?

These were some of the questions discussed during a fascinating exchange that recently took place at the FM Private Lounge in Johannesburg. The event, hosted by Marteen Michau, Head of Fiduciary and Tax at Sanlam Private Wealth (SPW), set out to discuss the best way of ensuring wealth is passed responsibly from one generation to the next.

Given the daunting statistics that suggest most of the wealth from the generation that created it is lost by the third generation and perhaps already by the second generation, Marteen asked whether ‘resistance’ on the part of the parents to discussing wealth with the children contributes to the problem. Ilze Alberts, a life strategist, said this resistance is often more due to ‘ignorance’ on the part of the parents’ generation.

‘Parents are hesitant to talk about money. I’ve often encountered the view that if the kids know how much they’ll inherit, they won’t be driven to achieving their own goals. But I think it’s more about wisdom and using the time to coach the children, not issuing instructions from the grave on how the money should be handled. So don’t withhold information – rather use the opportunities to share wisdom and the value of money.’

Stuart Milroy, a wealth adviser at SPW, agreed, suggesting one of the best ways of facilitating conversations between generations is by developing a family charter. ‘This document talks to what the traditions and values of the family are, their attitude to money, and the story of how the wealth was created. What should the wealth be used to do? How should it be saved or spent? The whole family must be involved in developing the charter, from the oldest to the youngest – it shouldn’t just be left to the decision makers.’

Ilze added that the word ‘wealth’ comes from a Welsh word meaning ‘well-being’. ‘It’s about much more than just money. Family wealth stands on two legs: money, and people. So it’s about fulfilment, relationships, social connections and development, dreams and aspirations – and this is what should frame the conversation.’

Garth Curry, a portfolio manager at SPW, said a family charter was like a personal road map, and from there, families could develop an investment policy statement. ‘People have more confidence when they’ve been prepared, and very little of this type of thing is taught at school. You are the bow in life and your kids are the arrow. As soon as you let that string go, they’re on their own. So their participation is vital, and this also applies to spouses.’

Garth said in his experience, families who prepare and coach the second generation tend to retain up to 96% of their funds. For those who don’t, about 70% of the value is squandered.

A family business generating much of the family’s wealth can complicate matters. ‘Children often don’t want to take over or be involved in the business, and the first generation needs to make peace with this. Again, a candid discussion is required to ascertain everyone’s needs and desires,’ Ilze told the panel.

Where one of the heirs doesn’t want to become involved, this needs to be handled sensitively to ensure the vision for the business remains a shared one. Stuart said although millennials are often seen to want instant gratification, they’re also keen on collaborating – both with their own and with previous generations.

‘The crucial thing is not just passing on the baton, but knowing when to release it. Letting go is often the hardest thing to do for the first generation, who may have spent decades building up a business. Not trusting the children to do their own thing can lead to much conflict,’ Ilze said.

According to Stuart, it’s vital that the family charter is shared with the family’s wealth managers, portfolio managers, lawyers, accountants and tax advisers. ‘These individuals can measure the structures the family has in place against the charter to ensure the family’s interests are being served in the long term.’

Regarding structures and tax efficiency, simplicity works best. ‘You can’t plan with taxes in mind, and this shouldn’t be your goal, as tax laws change almost every year. Trusts are really for the benefit of the second and next generations, not the one creating the wealth,’ Marteen said.

She added that the process of transferring wealth between generations can be fraught with complexities, with many variables that need to be taken into account. ‘It’s therefore always advisable to work with a fiduciary and tax expert who can look at all the options, and facilitate family indabas to discuss the “nuts and bolts” of securing your family legacy.’ 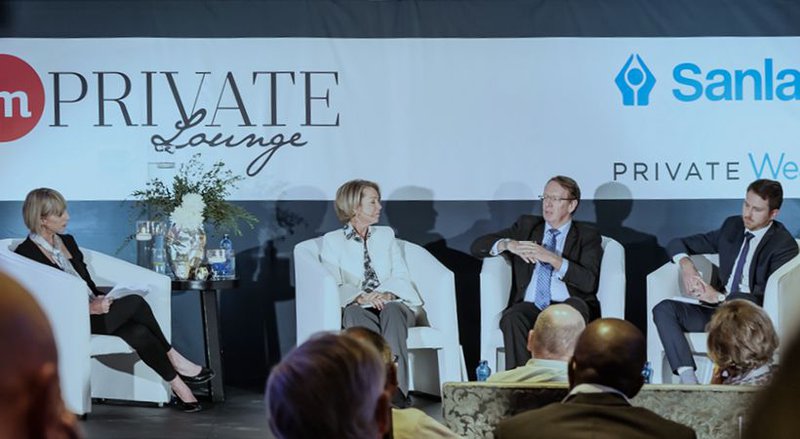 we can assist you with

The formation and registration of trusts, and the provision of independent trusteeships – both local and oﬀshore.

The creation of BEE, charitable, special and Shariah trusts compliant with regulatory and legislative requirements.

The administration of deceased estates in South Africa and abroad.

Advice on emigration and immigration, foreign earnings and the application of any double taxation agreements.

Updating trust deeds to ensure they’re in line with the latest changes in the trust environment.

Updating and/or drafting of wills dealing with South African and/or foreign assets.

Advice on the establishment and management of charitable organisations, their tax status and tax deductible donations.

Advice on the potential tax consequences and reporting obligations if you hold a US passport or green card, or if you have children living in the US.

Guidance on the financial implications of life-changing events, such as getting married, divorce or the birth of a child.

Expert advice is crucial in dealing with cross-border estate and tax planning.

Stanley Broun has spent 10 years in Fiduciary And Tax.

Have a question for Stanley?

How to protect
trust assets

what you need to know

Domestic workers
and your estate

DO YOU NEED A FOREIGN WILL?