Anglo American’s demerger of the group’s South African thermal coal assets into a new entity called Thungela Resources has been approved by Anglo shareholders. In the context of the group as a whole, the new spin-off is quite small and not a crucial part of our investment case for Anglo. In general, Thungela’s company fundamentals don’t meet our criteria for resource investments, but – in line with our investment philosophy – we’ll evaluate its share price once the company is listed, and act accordingly.

On 7 June, Anglo American’s South African thermal coal assets will be demerged into a new stand-alone entity called Thungela Resources (thungela means ‘to ignite’ in isiZulu), which will be listed on the JSE and the London Stock Exchange. This follows increasing investor pressure on Anglo to improve its carbon footprint, with thermal coal viewed most negatively by investors conscious of environmental, social and governance (ESG) factors.

A second and related reason for the demerger is the fact that these assets have stood at the back of the queue for capital within the broader Anglo group (both due to ESG considerations and in light of other, more attractive growth opportunities available to the group). Management therefore believes that if Thungela is spun off as a stand-alone entity, value can be maximised for shareholders.

Anglo has already significantly reduced its thermal coal footprint over the past decade, with thermal coal production declining from 80 million tons (Mt) per annum in 2012 to 36Mt in 2020. The biggest reason for this decline is the sale of the group’s Eskom-tied mines to Seriti Resources in 2018.

After the demerger, Anglo will have only ~10Mt of thermal coal left – ~8Mt in Colombia in a joint venture with BHP and Glencore, which is also likely to be exited soon, and ~2Mt that is a by-product of the group’s high-quality steelmaking coal mined in Australia.

In the context of the broader Anglo group, Thungela is fairly small. According to Thungela’s pre-listing prospectus, the reported net equity value as of 31 December 2020 is R3.8 billion (~R3 per Anglo share or less than 0.5% of Anglo’s market capitalisation). Even before a large impairment in 2019, the asset was valued at only ~R7 per Anglo share. Thungela is therefore immaterial to our investment case for Anglo, and to our clients’ portfolios. When the company is listed, Anglo shareholders will receive one Thungela share for every 10 Anglo shares they hold.

Thungela will be predominantly an export coal producer with ~16.5Mt of export coal and ~6Mt of domestic coal, sold mainly to Sasol. The company’s mines have relatively short lives, ranging from 5 to 11 years, and reinvestment will therefore be required. A few potential projects have been flagged, but these are still under investigation by Thungela, and we are awaiting further detail on their capital intensity.

Despite being a low-cost producer (on average, Thungela is in the second quartile of the global seaborne cost curve with a break-even price of ~$60/t at R14/US$), the company’s products are sold at more than a 20% discount to the benchmark 6 000 kcal price at the Richards Bay coal terminal, due to, on average, lower calorific values, as well as discounts for impurities (ash and sulphur). This means that the company requires coal prices to be above ~US$80/t to be sustainable.

The global seaborne cost curve is also quite flat, with a difference of only about US$20/t between the second quartile and the 90th percentile (a good proxy for marginal producers). Therefore, in the case of past corrections, prices have often drifted quite low into the cost curve. In fact, during 2019 and 2020, the company’s assets were loss-making. Spot prices have recovered strongly though, and currently sit above ~US$100/t, which puts them back into a healthy profit-making position for the year.

While we do think that a strong case can be made for more resilient thermal coal prices over the next few years, due to still-robust Asian demand and a lack of mine investments in general, the longer-term demand outlook is clearly negative, with countries around the world looking to reduce their exposure to coal-fired power stations. This adds significant uncertainty to longer-term coal price forecasts.

At Sanlam Private Wealth, we generally prefer to invest in resource shares with a strong position on the cost curve, long-life assets and strong commodity fundamentals. Thungela’s lower quality of assets (high quality-adjusted costs and the relatively short life of mines) makes them susceptible to downswings in coal prices. This makes Thungela a risky investment. However, given the fact that the assets will be unbundled to our clients, and in line with our investment philosophy, we will compare the company share price after listing to our best estimate of its intrinsic value, and act accordingly. 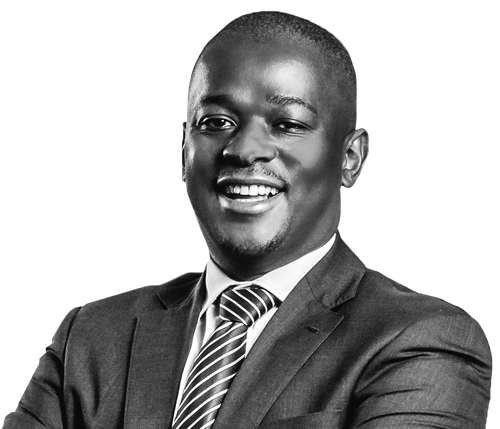