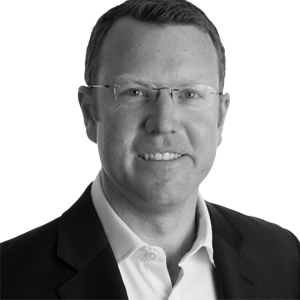 Ski season in the northern hemisphere should by now be in full swing. With the impact of climate change, however, the snow hasn’t arrived in the usual quantities, resulting in rising snow lines and a potentially shortened season. With the trend likely to continue in the coming years, how can you ensure you won’t arrive at your resort laden with ski gear only to find grassy slopes? Here are some suggestions for a snow-sure holiday.

Ever since I spent a season working at a ski resort in the US as a student, skiing has been my favourite holiday. A bit later, as a working youngster on a budget, I had to really make my spend count, which meant doing the research to ensure maximum enjoyment from my annual skiing week. I still do this, of course – I’ve learnt that just like fundamental stock analysis, taking the time to find the right information can deliver great rewards.

For South Africans, ski holidays are generally a major event. Not only are they expensive, but they require a fair amount of planning to ensure visas and other arrangements are in place. This means that last-minute adjustments to cater for the vagaries of the weather are typically not an option. Accordingly, we need to make sure we book at resorts that are snow-sure.

No matter how good the rest of the environment at a ski resort is, it won’t mean much without the snow. There are few things worse than excitedly arriving at a resort with all your gear only to find none of the fluffy white stuff you were expecting. As I’ve matured from student to yuppie to family man, my tastes in terms of the type of resort I prefer have changed, but I always want maximum snow.

Europe is the most common destination for South African skiers, since it’s an overnight flight away. If you leave South Africa on a Friday evening, you can be comfortably ensconced in your accommodation by the Saturday evening and out on the slopes first thing on the Sunday.

Due to time zone differences, the same is possible for a number of US ski resorts, although the flying time is longer and you lose a day on the return trip. I encourage those who haven’t been to the US to certainly try it out. For the more adventurous, Japan offers an entirely different experience. Exploring new ski areas is all part of the fun!

When choosing a destination, snowfall is naturally my priority, followed by sufficient scope to ski different runs each day. Of course, we all have our preferred balance between a thriving nightlife and uncrowded slopes where fresh powder isn’t tracked out too quickly. Unfortunately, the two do appear to be mutually exclusive. And then there are other subtleties to consider, such as village authenticity, mountain steepness, quality of the grooming, and ability to ski in and out of your accommodation.

My favourite European resorts are both in France: Tignes and Val Thorens – the latter being the highest resort in Europe at 2 300m. It’s part of the huge Trois Vallées ski area, which has 500km of named pistes and a sound snow record. I recommend that families with children stay at the Club Med – although the rooms are a bit small, the package is all-inclusive (food, drinks, ski pass and lessons). With the kids happy and entertained at ski school, you’re free to enjoy the slopes at your own pace. Après-ski at the legendary La Folie Douce can be chaotic, but is worth experiencing at least once.

Tignes is the best located of the resorts in the Espace Killy ski area with its 300km of piste, which includes the famous Val d’Isère. Typically the first resort to open and the last to close, Tignes’ snowpack is augmented by the Grande Motte glacier. Consider renting an apartment at the Val Claret village – it’s slightly more expensive than those lower down the mountain, but it’s closer to the best slopes and has more ski-in/ski-out accommodation.

For a true test of your leg muscles, try to do the 6.5km run from the top of the glacier back to Val Claret in one go. Mere mortals can stop halfway down at Le Panoramic for an overpriced but decadently creamy hot chocolate. Be sure to enjoy après-ski sitting on a bearskin rug in front of a roaring fire at Grizzly’s Bar.

Many South Africans prefer skiing in Italy due to the better prices, but the snow tends to be less sure as a result of either lower altitudes (South Tyrol) or more south- and west-facing slopes (Cervinia). Verbier in Switzerland offers great dining in quaint on-mountain restaurants such as Chez Simon and rocking nightlife at Le Farinet, but the snow is insufficiently reliable for pre-planned holidays.

Austria offers arguably the best dining, nightlife and charm in the Alps. At first glance, the snowfall stats are encouraging, but the resorts are generally lower than those in France, which means inferior snow preservation in dry seasons.

I find the first half of February the best time for skiing in Europe as the snow tends to be reliable, and most European schools are not yet on holiday.

The US offers a distinctly different experience. Typically, the ski areas are smaller than Europe’s interconnected mega-resorts, the tree skiing is far superior, the snow is both more dependable and lighter due to higher altitude, and the slopes are less crowded. But there isn’t as much ‘soul’. In my view, skiing in the US is better suited to those who are only about the skiing, rather than those who also want dining, après-ski experience and village character.

While the most famous US resorts are the Colorado stalwarts Vail and Aspen, I find them a bit crowded. For those who lie awake at night dreaming of endless fresh powder and untouched tree-skiing, I recommend the resorts near Salt Lake City, Utah.

Alta in Utah, which was once a Wild West silver mining town, saw its first ski lift opened in 1938. It retains some of that old-school feel today, yet it’s only 45 minutes from the Salt Lake City airport, with direct flights from Paris and Amsterdam. The resort receives almost 13m of snow annually, the most of any proper US resort outside Alaska, and 50% more than the top European resorts. In season at Alta, you’ll wake up to more than 15cm of fresh snow every fifth day on average.

As American resorts tend to be more southerly than their European peers, the treeline is much higher, so white-outs are less of a problem on snowy days. Skiing in knee-deep powder through a glade of aspens is one for the bucket list.

Wherever you ski this winter, be sure to appreciate the snow, because it might not be the same for your grandchildren.