Just because a wine carries a high price tag doesn’t mean it’s ‘good’. Furthermore, second-tier, reasonably priced wines from reputable producers are often at the time of release a better buy than their top-tier products. A case in point is Kleine Zalze’s Vineyard Selection Cabernet Sauvignon 2017.

We’ve referred before to a column in the UK Financial Times by internationally acclaimed wine journalist Jancis Robinson, who says that when producers offer more than one tier of a particular wine, the ‘best buy’ at releaseis more often than not the second-tier wine. Wine producers sometimes try to achieve too much with their top-tier wines and in many instances, these aren’t yet at their full potential when they’re released.

Ask for a ‘good’ bottle of wine at any wine store and the merchant is likely to try and sell you something expensive. But while the label may impress your guests, the wine could well under-deliver if it’s not yet ready to be enjoyed to the fullest. You could easily find better-quality wines for a more reasonable price if you’re prepared to do a bit of homework. We’ve covered many of them in this column over the years.

I generally subscribe to this view for many of South Africa’s top wine producers. It certainly doesn’t reflect negatively on the top-tier wine – it simply means the top wines aren’t as accessible at release and that the second-tier wine from a reputable producer often over-delivers. This perception was vindicated at a recent cabernet sauvignon tasting I attended, where on several occasions the second-tier wines scored better than their more prestigious family members. 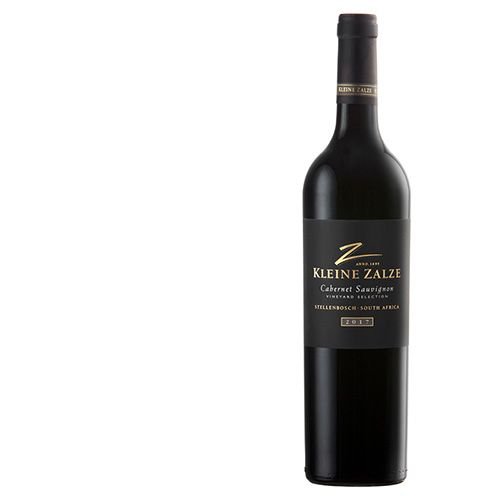 One such example is the Kleine Zalze Vineyard Selection Cabernet Sauvignon. The wine has a distinguished pedigree. It has won many awards, the most prestigious of which is the five-star rating achieved for the 2015 vintage in the Platter Wine Guide. The 2017 vintage certainly didn’t disappoint the judges who compiled the 2019 Prescient Cabernet Sauvignon Report – the wine rated as one of the top 10 and achieved a score of 93 out of 100.

The nose of this wine shows prominent red and black fruit, cherry and plum, and the ‘herbiness’ often associated with Stellenbosch cabernets. There’s a seamless transition of the fruit to the palate, where it’s backed up by nuances of cedar and oak sweetness.

The Kleine Zalze expresses its classiness in terms of the elegance, ample freshness and fine tannins that make for a well-structured and full-bodied wine. The judges described it as well balanced and possessing ‘real energy’. Although I’m not too sure what they meant by the latter, I suspect they were referring to the purity of the fruit, and the ‘moreishness’ of the wine.

In drinking older vintages of the same wine, I’ve come to the conclusion that the Kleine Zalze winemaking team fully understand what they want to achieve – in general, they don’t succumb to the temptation to create something out of character, and remain true to a philosophy that delivers elegance and delights the consumer with its purity.