Amid the market fallout resulting from the ongoing global COVID-19 crisis, British American Tobacco (BAT) continues to hold steady and outperform its benchmarks. While the company won’t remain unaffected by the pressures on the global economy, we expect its earnings growth to remain positive. In our view, the BAT valuation is no longer quite as enticing as it was a while back, giving us the opportunity to recycle a portion of the profits from this outperformance towards companies with more attractive valuations.

Excluding gold shares, British American Tobacco (BAT) has delivered the second-highest return of the JSE Top 40 constituents (behind Naspers, the largest single-stock exposure in our portfolio) and outperformed the JSE All Share Index (ALSI) by 27% year to date. The stock has also outperformed the UK’s FTSE 100 Index by 15% year to date.

When we increased our exposure to BAT 16 months ago in January 2019, the stars aligned to present us with an opportunity to buy a predictable, defensive business whose fortunes are independent of the South African environment, at a highly attractive valuation. This took the company to the largest overweight position in our houseview portfolio relative to the ALSI benchmark. Since then, the stock has delivered a total rand return of 63%.

Over the past two months, most companies that had previously given earnings or operations guidance to the market have retracted such guidance given the uncertainties around the impact of COVID-19. In stark contrast, BAT’s management recently reiterated guidance for ‘high single-figure, adjusted constant-currency earnings per share (EPS) growth’. This illustrates the stability of the group’s revenues.

There’s no doubt that BAT will be affected by the pressures on the global economy, but the impact will be less than it’s likely to be on other companies. BAT makes half of its operating profit in the US, and thus benefits from the strength of the US dollar. Unlike South Africa, most countries haven’t banned the sale of cigarettes during their lockdown periods.

During the financial crisis of 2008 and 2009, BAT’s earnings growth slowed, but it remained positive. Even in 2009, its worst year, the group grew EPS at 9% in constant currency terms (+19% as reported in GBP). We expect the situation in the current crisis to be similar: growth should slow, but remain positive.

BAT was one of the few companies whose profitability improved through the financial crisis, with the operating margin rising smoothly from 30% in 2007 to 34% in 2010. While we don’t expect a repeat of that expansion over the coming years, we retain our view that BAT should be able to deliver consistent small increases in margins.

While the group’s debt is relatively high at four times 2019 earnings before interest, tax, depreciation and amortisation (EBITDA), this business is easily able to handle such gearing. BAT recently reiterated its commitment to paying out 65% of profits as dividends at a time when many companies have suspended shareholder distributions, which illustrates the group’s ability to convert accounting profits into cash.

The above factors, particularly the high earnings visibility compared to other stocks, are well-known and now largely reflected in the price. This means that the BAT valuation appears more rational than that of many other companies.

From a South African investor’s perspective, on top of BAT’s valuation – relative to other opportunities – not looking quite as enticing, the rand is looking particularly cheap at around three standard deviations away from its long-run fitted purchasing power parity (PPP) valuation. The risks are substantially skewed towards future rand strength, which would be negative for the BAT price in our currency.

Having enjoyed the ride as the market appreciated and gave credit for the company’s strengths over the past 16 months, we now face a pleasant problem: BAT’s outperformance means that its weight in our houseview portfolio has reached uncomfortable levels from a single-stock, risk-management perspective.

While BAT remains a core holding in our client portfolios, we now have the opportunity to recycle a portion of the profits from this outperformance towards companies that the market isn’t valuing rationally, or in terms of which the market is not looking through the cycle. 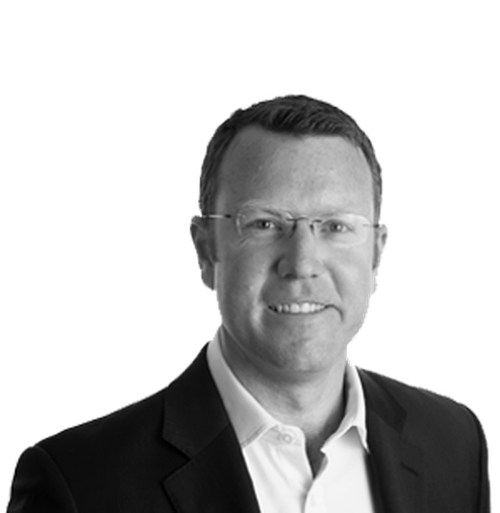 Looking for a customised wealth plan? Leave your details and one of our investment managers will be in touch.