The impact to date of the recent events in KwaZulu-Natal and Gauteng has been dire. Lives have been lost and livelihoods have been destroyed. However, in our view it is not a fait accompli that the business cycle upswing has been derailed.

Undoubtedly, the unrest and violence that have engulfed large swathes of KwaZulu-Natal and Gauteng have resulted in a material near-term hit to gross domestic product (GDP), given the loss of income and supply disruption. Damage to assets is expected to hinder production in the quarters ahead, while a share of job losses is also likely to be ‘permanent’.

Gauteng and KwaZulu-Natal contribute a sizeable 35% and 16% respectively to South Africa’s total GDP of more than R5 trillion. Viewed simplistically, assuming around 300 working days per year, 0.17% of total South African GDP would be lost for each day in which production is entirely shut down in these two provinces.

Although the impact was not as widespread as this, it did affect large, economically important areas, including greater Johannesburg in Gauteng and uMgungundlovu and eThekwini in KwaZulu-Natal. In addition, the economy has been negatively impacted by the current pandemic-related Level 4 restrictions. Total South African real GDP is, therefore, expected to contract in the third quarter.

At the same time, the ongoing global economic recovery, the terms of trade bounce and accommodative monetary policy continue to underpin the economy. Moreover, rebuilding, refurbishment and restocking should boost real GDP heading into 2022. On balance, we expect average real GDP growth of 4.2% in 2021, a 0.3% decrease from our previous forecast.

Whereas economic activity seems likely to recover over the near term, the medium-term outlook for fiscal policy is now at greater risk. For decades, South Africa’s depression-level unemployment rate and its extreme levels of inequality and poverty have been a risk to the country’s long-term economic stability and growth prospects. According to Statistics South Africa, our poverty headcount is 56.8% and our poverty gap (the average shortfall relative to the level of income required to afford basic necessities) is 27.9%. Following recent events, we expect the government to step up its response as a matter of urgency.

Fiscal policy is one of the few levers the government can pull quickly. At present, South Africa’s dire fiscal situation has stabilised temporarily as the rebound in domestic income, supported by high commodity export prices, has underpinned government revenue. Indeed, the government’s total gross loan debt ratio is expected to remain largely unchanged at around 79% of GDP, or even decrease, in fiscal year 2021/22.

However, given modest GDP growth, the debt ratio is expected to resume its upward trajectory thereafter, especially since it will be difficult for the National Treasury to stick to its medium-term expenditure projections amid more urgent calls for additional support through social grants, which are an effective tool to provide targeted relief immediately.

However, given a wide negative output gap currently, a relatively benign medium-term inflation forecast of about 4.5% and soft credit extension, we expected the SARB Monetary Policy Committee (MPC) to leave the Bank’s repo rate unchanged at 3.50% earlier in July, as indeed it has done.

Looking further ahead, though, since we expect the cyclical recovery to continue, we think a narrowing output gap and the shift towards higher policy interest rates in some emerging markets are likely to prompt the MPC to begin hiking interest rates late in 2021 or early in 2022. Currently, we pencil in a 100bp increase in the repo rate over the next 18 months. Even so, after adjusting for expected inflation, the real repo rate is expected to remain low and accommodative for some time.

We should note, however, that these fiscal and monetary policy interventions can do little more than aim to maintain stability. Ultimately, the solution to South Africa’s socio-economic problems is GDP growth. This highlights the importance of the recent implementation of economic reforms, related to, for example, the energy and transport sectors.

However, reforms must gain momentum more broadly to bolster ailing business confidence, so that the current disruption to growth is temporary, while laying the foundation for a sustained, robust growth trend over the medium to long term.

When we construct client portfolios, we can’t ignore macro events that meaningfully impact financial markets – and the recent events undoubtedly require investors’ full attention. Not only do they significantly affect actual economic outcomes, but they also have a major impact on investor sentiment.

This change in sentiment goes beyond portfolio investments – it’s also likely to have consequences for direct investments in our economy, which ultimately create capacity for future growth. The well-publicised response by Toyota on the risks of doing business in an unstable environment should be a wake-up call to policymakers regarding the sensitivity of both international and local capital in terms of decision-making by capital allocators.

The currency is normally a barometer for international investor sentiment. We’ve argued that the rand was ‘correctly’ priced at around the R14/US$ level and that the strength beyond this was driven largely by very strong commodity export prices. It should therefore come as no surprise that the rand started to come under pressure, peaking at R13.42 on 4 June, after which it started to weaken.

This trend was accelerated during the events of last week, with the currency trading at R14.65/US$ at the time of writing. As a point of reference, the rand was trading at R19.10/US$ in April 2020. Although the recent move was material, the rand’s reaction was thus far more modest compared to the panic associated with the currency during the Great Financial Crisis and during the sell-off in the first quarter of 2020 when COVID-19 hit financial markets.

As expected, the share prices of companies that operate mainly in South Africa immediately sold off when the unrest started. The prices of local financial shares, retailers and local industrial companies were the big losers. It’s not clear how long the sentiment regarding these companies will remain under pressure. However, we’re still comfortable with the valuations of the banks and other ‘SA Inc’ shares we hold, despite the obvious short-term implications for earnings. In fact, we’ve used the opportunity to add to Bidvest, partly based on the cheaper entry point, but also since we believe the ‘market’ is underestimating the company’s growth potential.

Looking at the broader equity market, the sell-off in local equity prices coincided with an international sell-off in cyclical counters such as mining shares and global banks. This was driven largely by renewed growth fears as the Delta variant of COVID-19 forced reduced mobility measures in many countries. The weaker prices of South African commodity counters were, in our view, not related to the local unrest.

A final note: We have argued for a long time that geographical diversification makes for more robust, balanced and sustainable portfolios – and the recent events have once again underscored the validity of this approach. 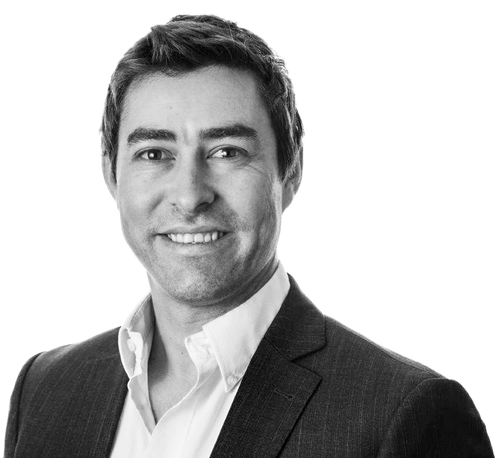