— if you buy the right watch

The high-end watch is standing the test of time, as it becomes less a status symbol or high-end accessory and more a valuable collectors’ item.

You’d expect a multi-million dollar watch to be made of platinum and glistening with diamonds, but the most valuable wrist ticker out there is made of good old-fashioned stainless steel with a simple alligator leather strap.

The Patek Philippe timepiece that sold on auction late last year for $US7.3 million after nine minutes of bidding is prosaically called the 5016A. A one-off piece, the watch is coveted for its ‘complications’, or features that have very little to do with simply telling the time. It is, for example, fitted with a device that counters the effects of gravity – a ‘grand complication’ called a tourbillon. 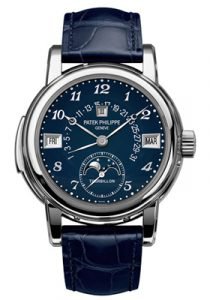 ‘It’s a staple joke among watch enthusiasts that the better the watch, the worse it tells the time,’ says Dean Divaris, MD of World’s Finest Watches in Johannesburg. Collectors are drawn to the inner magic of tiny wheels and cogs hand-carved from surgical steel by craftsmen hunched over a bench in an Alpine valley. Less romantically, they also provide a store of value and as an essentially dollar-based asset, serve as an effective rand hedge.

Along with Patek Philippe, Rolex, Cartier, TAG Heuer, Omega and Longines are among the brands most desirable to collectors and most likely to gain in value. While all these watches are aesthetically beautiful, it’s what’s inside that counts.

‘Almost all luxury wristwatches are assembled by hand, with most ranging from 1,000 parts or more that need to be assembled,’ says Sharne Edelson, Silver and Jewellery Specialist at Stephan Welz & Co. ‘Some watches take up to a year to produce.’ 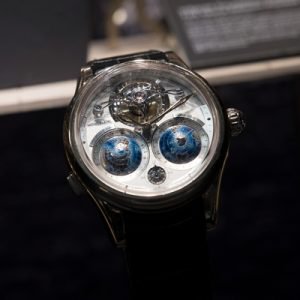 Not all watches carry the same weight. ‘It’s crucial to understand that some models are more collectable than others and this will affect whether it’s a pure investment or not,’ Edelson notes. ‘When buying a luxury watch, it’s always important to do your research.’ Their very mechanical complexity is what gives them their broad-ranging appeal from the boardroom to the street.

Men, it seems, are especially drawn to watches. Maybe it’s the lack of accessories available to them. Earrings aren’t for everyone, gold chains even less so, and fur, well… ‘It’s one of the few pieces a man can buy for himself, as a reward for being a success,’ says Cape Town watch specialist Philip Zetler, owner of Philip Zetler Jewellers. ‘Women have far more options but a man’s wrist becomes the place to strap on a piece of art that the world can see.’

Zetler adds that the local market for used watches is well supported, and the entry of a newly minted black middle class is also having its effect. ‘Buyers here can bid at international auctions but most prefer to see and perhaps touch the item they’re considering. This gives South African dealers an advantage.’

It seems to follow that some men buy luxury watches to get one up on other men, in other words, as one of the ultimate status symbols. Watchmakers are cognisant of this, tossing vast amounts of money at top sportsmen to have them endorse their products. Golfers Tiger Woods and Jordan Spieth probably don’t need to check the time while on the greens, but staggering endorsement deals no doubt deliver the requisite aspirational result for Rolex, while suiting their bank balances just fine.

High-tech makers want to cash in on this rarefied world of chronometric connoisseurship — which brings us to the Apple Watch, a potential technical masterpiece, but one that lacks the heritage so appealing in the world of luxury watchmaking.

"We’re all going to end up with the Apple Watch, but there’s got to be another place to put it. I can’t give up precious wrist space for an Apple Watch."
JOHN MAYER - Singer and ardent watch collector