Why my next Uber ride

Couture dresses, Lamborghini taxis, a private jet seat between Paris and London, keys to a Bentley for the day… The on-demand economy has stepped it up a notch, rewiring customers’ expectations and shaping the spending habits of the wealthy like never before. Pass me the smartphone…

A well-heeled young couple spring briskly into their ride, strap themselves in and, moments later, are whisked into the air – alone, soaring above the city, without a chatty pilot to intrude on their privacy.

Soon, the two-seater chopper will land on the rooftop of one of the many skyscrapers that hustle for space in Dubai, and the pair will step out and head to dinner. By the time they’ve placed their drinks order, the helicopter rotors will be heard cutting the air, responding to yet another summons from a smartphone user.

This is no fantasy. In September this year, a two-passenger pilotless sky drone began trials in the glittering emirate of Dubai. Soon it’ll be whisking passengers around the region after being summoned by an app (of course) and forming part of the ever-growing right-now, on-demand economy.

DISRUPTORS ARE THE NEW NORM

The on-demand economy, as it’s been termed, is very much a creation of technology companies. Very simply, it benefits consumers by providing goods and services instantly, via smartphone – everything from transport to gourmet meals to fashion is just an app away.

This new economy is growing at a rapid pace globally, not least in South Africa, where early disruptors such as Airbnb and Uber are now embedded – along with a host of other on-demand services.

This movement has now gone luxe, with little beyond one’s own imagination to restrict the offering.

Move over Uber. Taxi drivers in Cancún, Mexico, for example, have launched an on-demand fleet of luxury cars. Aimed principally at tourists and wealthy travellers, the service is available through the free Quiero Taxi Exótico app. The fleet includes Lamborghinis, Ferraris and a vintage Mercedes-Benz, with prices varying depending upon the model chosen. 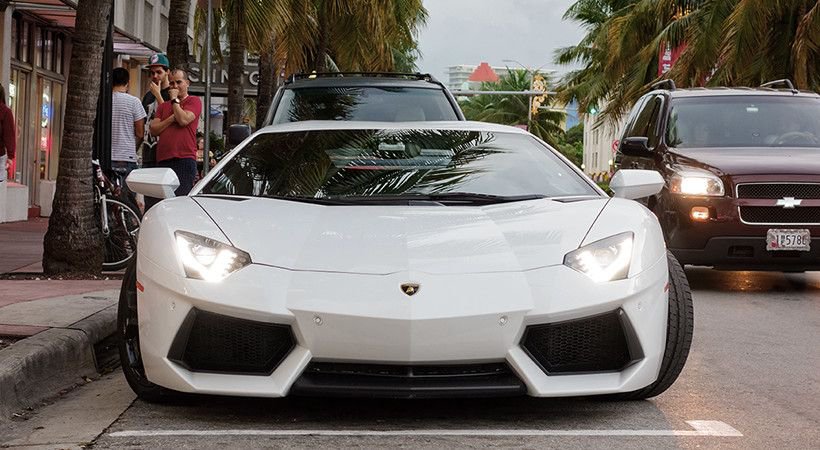 Taxi drivers in Cancún, Mexico, have launched an on-demand fleet of luxury cars, including Lamborghinis.

There are many other companies kicking it up a notch, bypassing the average Joe and targeting the younger generation of high net worth individuals, who favour rich experiences over ownership of luxury goods, not least for its lack of hassle.

Volocopter, the maker of the self-piloting helicopter, is one of these. British luxury carmaker Bentley is another. They’ll deliver a car to your doorstep, have a ‘concierge’ on hand to explain how everything works (a dizzying array of gizmos on the dash, apparently), and hand over the keys for the day.

Bentley says the service is aimed at travellers who need a status car for a business meeting. Or, they proffer, Bentley sedan drivers should consider renting a Bentley SUV for muddy country excursions. 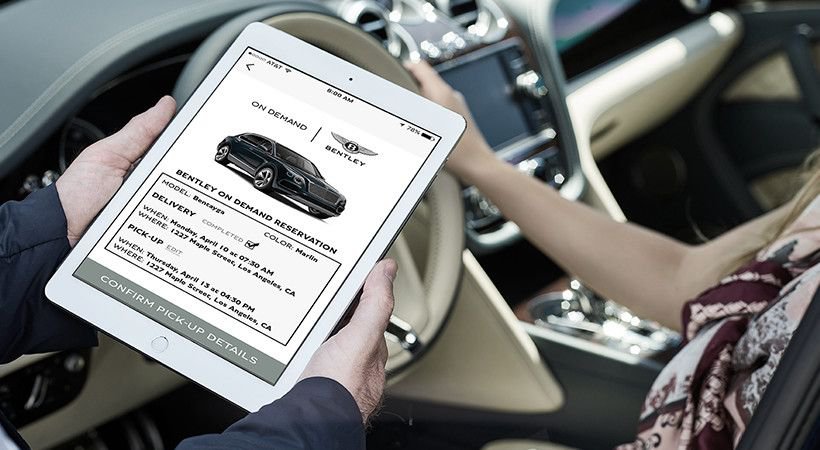 Fancy a Bentley SUV for a Sunday run? It’s an app away.

For the very wealthy, on-demand has always been there – just not in the form it is now. Previously, it meant sending a personal assistant to the Gucci store to collect a pre-ordered tote bag. Now apps will do that, too.

Speaking of Gucci, it became the latest high-end brand to sign up with Farfetch, an online store that will not only send the latest luxury designer item, but deliver it within 90 minutes of the order being placed.

The true essence of the on-demand, or shared economy, is to procure items precisely when desired or needed.

US-based Armarium, for example, will not only provide an array of designer labels (why get locked into a few when you can access many?), it will dispatch a stylist to help a patron pull the look together. From handbag to hairdo, Armarium promises to give clients a red-carpet look at the swipe of a screen. 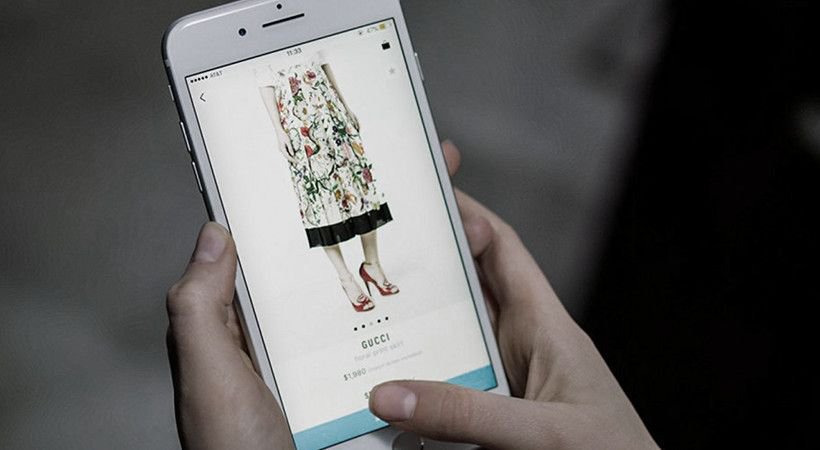 Gucci has become the latest high-end brand to sign up with online store Farfetch.

FASHION … AS IT HAPPENS

Couture fashion has taken it further with the advent of live-shopping luxury fashion shows.

Early last year, Chinese etailers Alibaba and Mei partnered on the launch of Tmall’s luxury flash sale channel. Tmall’s launch event – a luxury fashion show – was live-streamed on a dedicated mobile app to millions of viewers. The runway show featured 42 outfits, all of which were available to purchase immediately via the app.

Discounted apparel and accessories from more than 300 international luxury labels were also on sale inside the app, with brands including Giorgio Armani, Longchamp and Stuart Weitzman.

Locally, technology and social media have also shaped fashion buying around the on-demand mindset. Designer Malcolm Kluk of Klûk CGDT says this new consumer is literally ‘texting the store as the show happens’.

He’s noticed a sharp shift towards an instant-gratification mindset in the fashion world, with the high-end couture consumer being unwilling to wait for their fashion fix.

Once the image of the fashion item is out there via Instagram, Kluk says, the client wants it now.

Given the effort going into discovering the next Uber, it’s inevitable, too, that someone thought up a services such as Jetsmarter.com.

Members can create flights on their own time, or find seats on flights created by fellow members.

The hook is that no rental is needed. Simply reserve a seat on a private jet heading in the right direction, and the seat is yours. 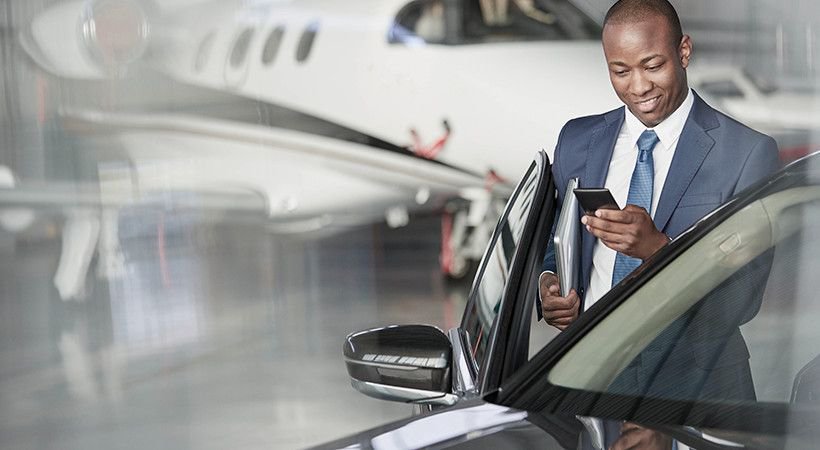 Your own seat in your own time on a jet of your choice. The sky’s the limit with apps like Jetsmarter.

Not all on-demand apps turn to gold though. Earlier this year, a would-be venture called Luxe, which promised to deliver valet parking, folded, taking with it $75 million of investors’ money.

With the rush on to find the next Uber, further fails are sure to follow. But the desire for instant gratification these apps bring is going nowhere, and it seems on-demand is here to stay.