Why wine’s making
the big bucks

To some it’s an impressive asset class, to others it’s a passion investment to be savoured. Whatever wine means to you, it’s time to raise your glass to the world’s top-performing investment item.

It seems wine has become a cheeky upstart in the world of collectible investment items, with Maseratis making way for fine merlots. Hard to believe, but a wine cellar stocked with some of the finest vintages could knock a Kentridge off the wall.

And if you don’t believe it, it’s official, according to the annual Knight Frank Luxury Investment Index. Wine as an investment has become big news. Investment-grade wine has unseated luxury cars and art from first place in the investment collectibles list for high net worth individuals. The recently released index also finds this slice of the market is veering away from traditional investments. It shows that in 2016 the wealthy bought fewer cars, less art and cut back on diamonds. But they piled into the red, white and pink stuff in a big way.

‘The stellar performance of wine last year sets it apart from the other passion investments in our index,’ says Dominic Heaton-Watson, International Project Marketing for Knight Frank. 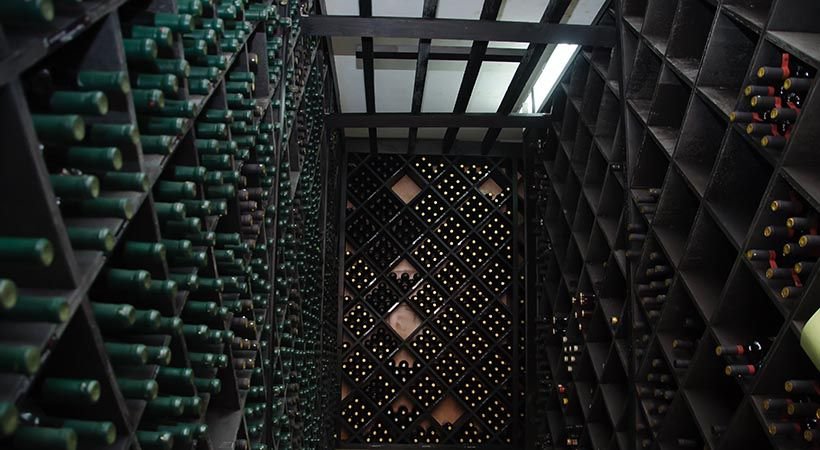 WHAT’S BEHIND THE SURGE?

There are many reasons for this evolution. ‘It’s the most accessible of passion assets and collectibles, with the entry point being relatively affordable and straightforward,’ says Nick Martin, founder and Executive Director of Wine Owners, a UK-based company that buys and stores wine on clients’ behalf.

Wines also have a show-off quality to them. With fine dining being very much part of top-table living, the affluent slice of the market globally is getting to know wines, how much they cost and how impressed their guests are likely to be. The Chinese are especially taken with French reds, and have been a large part of the growth in demand for wine.

‘Over the past decade, fine wine appreciation has made significant inroads into China, and it’s developing into a sophisticated market for wine enthusiasm. In a nutshell, it’s a hobby that’s globalised,’ Nick adds.

Wine’s surge is all the more surprising since 2016 was a pretty good year for the traditional luxury ‘toys’.

World-record hammer prices were recorded for a car – a Ferrari 335 sold for €35 million, the Oppenheimer Blue Diamond became the most expensive diamond ever – selling at auction for £40 million – and several watches also achieved global record prices. Most recently, the late screen star Paul Newman’s Rolex Daytona watch set a record for the highest priced wristwatch ever sold at auction, fetching US$17.8 million.

Initially, says Nick, three top Bordeaux blue chips drove the entire market. Then Brexit turbo-charged the demand due to the devaluation of sterling, which had British buyers scrambling to stock up.

Because these ‘passion investments’ are mostly French, with some German and Italian wines thrown in, it would be easy to conclude that South Africans are watching from the sidelines. Not so, says Nick. Companies such as Wine Owners will purchase wines on customers’ behalf and store them in bonded warehouses in the UK or France.

‘Wine doesn’t have to physically move to South Africa.’ A buyer has the benefit of safe storage in the UK in ideal conditions, and fully insured storage rates are good value at around £12 per case of 12 bottles.

There are alternative ways too that South Africans can get exposure to the world’s best wines – other than shopping locally, of course.

Alwyn van der Merwe, Director of Investments at Sanlam Private Wealth, says the Liv-ex Fine Wine Index 100 offers exposure to the finest produce in the world – all at the click of a mouse.

The Liv-ex functions much like an exchange-traded fund, which buys underlying assets and stores them. Investors don’t own the assets, but rather a share of the value of gold, silver or – in this case – wine.

‘Wines, like gold, do not deliver an income through dividends,’ Alwyn says. ‘Instead, the value is in the price movement. You have to hope that some time down the line someone comes along and is willing to pay a higher price for it.’ 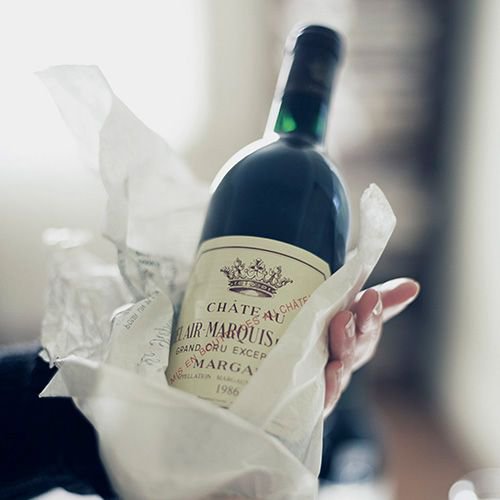 That said, the Liv-ex has delivered a decent return of around 225% since its launch in 2001, he adds.

The index provides exposure to wines that are now becoming so desirable that even wealthy collectors will struggle to get a sniff at them. Prestigious first-growth Bordeaux wines are the most sought after. These bottles can go for thousands of euros and are often sold before the grapes are even ripe.

‘Investing in wine is probably best for high net worth individuals, who don’t worry about its value lasting their lifetime,’ Alwyn says. ‘It’s also about holding onto something that gives personal pleasure.’

You can’t put a price on that.