if you have everything

A respected US motivational author declared last year that rich people exercise more than most and this was a key indicator of success in life.

Thomas Corley, the author of Rich Habits: The Daily Success Habits of Wealthy Individuals, reportedly spent five years studying rich people during which he noticed a pastime the wealthy have in common: they exercise consistently.

‘Seventy-six percent of the rich aerobically exercise 30 minutes or more every day,’ Corley reports in his book, Change Your Habits, Change Your Life.

But it goes much further than Corley’s declaration. A number of studies support this, not least one reported on in the Harvard Medical School’s journal, which holds that working out releases brain chemicals key to better memory, concentration and mental sharpness – all significant behaviours of high-achieving individuals. Take Virgin Group co-founder Richard Branson, who enthusiastically declared in an interview, ‘I definitely can achieve twice as much by keeping fit.’

So now that we know the wealthy are in fact exercising, what are they doing and how are their tastes being reflected back at them? After all, personal health is another way of looking at personal wealth.

Here are four of the best:

Virgin Active’s Collection Clubs are aimed at the upper end of the market in both function and form. They boast super-luxurious finishes and a range of other services not usually associated with a health club. It’s more of a lifestyle product, says Ross Faragher-Thomas, MD of Virgin Active Africa.

‘Our clients are busy people: they are very time-pressed,’ says Faragher-Thomas. ‘Cost is less of an issue, but time is a precious commodity. So we try to save time and create convenience for them. We even have a health suite onsite with a doctor, dietician, biokineticist and physio.’

Health clubs are becoming more than just a place to exercise for Virgin’s premium clients, he says. ‘You must be be able to do other things there too. The key is to offer results-oriented training. These are driven, goal-oriented people and they like to track their success.’ 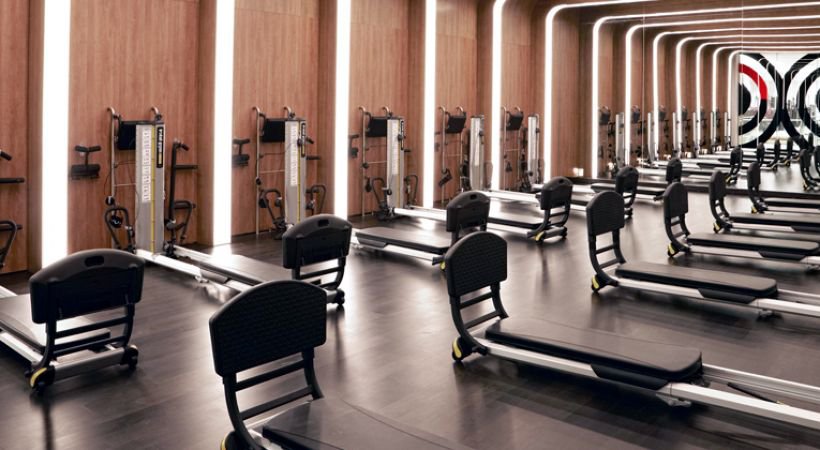 Wellness in Motion is a group of boutique health clubs in Sandton, Johannesburg. The focus is on a bespoke workout experience, with technology playing a vital role.

‘Our model is diagnostic assessment, in a boutique health club setting, always with a personal trainer, and with an app that allows you to book sessions, track your progress or communicate with your trainer. So you can compete against your own last workout. Tracking and wearables are massive now – and ease of use is key, because people are so busy.’

Bodytec is a form of EMS training – electro muscle stimulation. It’s been used for years in the medical field and in professional sport, says Sandra Leyck, Bodytec co-founder, but only appeared as a commercial fitness application about a decade ago.

‘Its biggest advantage is that it saves time – you wear a suit and activate all of your muscles in one go, and you only have to go once a week for 20 minutes,’ she says, warning that despite appearances, it’s super tough.

‘Basically, you make an appointment, so you know when your workout is. You do your exercises working with a personal trainer, and your settings are saved after each session. You decide what the goals are, and you can save time and get results.’ 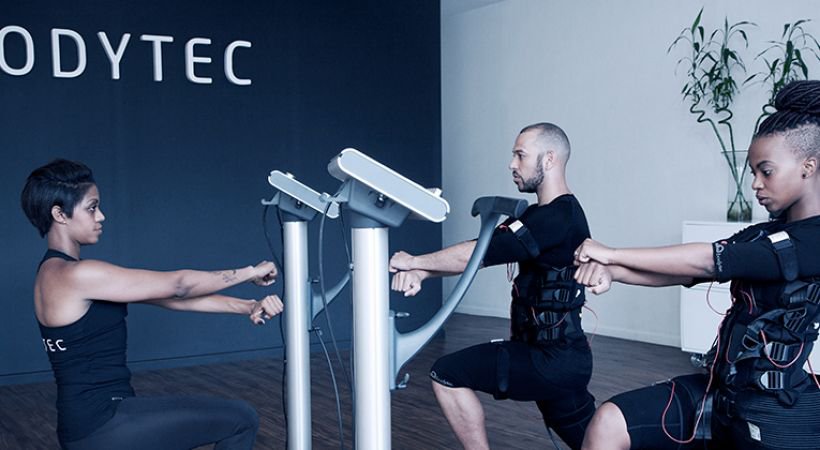 Bodytec’s biggest advantage is that it saves time

Switch, conceived of in Cape Town and now taking New York City by storm, consists of classes set up as circuit of about 22 stations.

Each station is two minutes long. The class begins with a seven-minute, power flow yoga warm-up, before participants head onto the circuit with a partner. After each two-minute station, they switch to the next station, where instructors demonstrate the exercises/movements for that particular station.

Clients make their way through the circuit and once it’s complete, they’re taken through a basic cool-down/stretch.

The beauty of Switch, says general manager Brodie Deere, is that clients are able to feed off the energy of group training, but still receive valuable, one-on-one attention from multiple trainers.

The circuit is rewritten and reproduced every day, so clients experience a unique workout. In addition to the instructor and trainers, each class features a live DJ, coupled with lighting and special effects to create an experience that stimulates mind, body and soul. 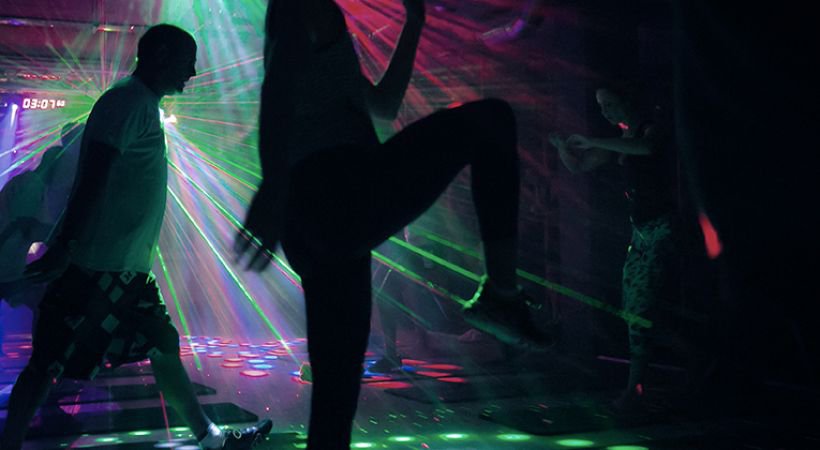 The Switch circuit is rewritten daily, so clients experience a unique workout