got back its sparkle

The fabled name of Fabergé has lost its lustre over the years, a low point being when images of its iconic eggs appeared on deodorant bottles. But now a South African mining investment company is restoring this iconic brand to its former glory – one high street boutique at a time.

The name Fabergé is one of the world’s oldest and most recognisable. So much so that when the BBC’s Antiques Roadshow recently announced that it had found a Fabergé brooch worth up to £1 million, it made headlines around the world.

The show’s executive producer, Simon Shaw, told the Daily Mail it was ‘one of the most significant jewellery finds in 40 years of Antiques Roadshow history’. But while it had retained its allure to the public over the years, the Fabergé brand itself had struggled to live up to the rarefied heights it achieved as the preferred jeweller to the royal family of pre-revolutionary Russia.

The House of Fabergé was renowned as the jeweller to the tsars, crafting fine artwork out of gold, diamonds and other rare stones. Founded in 1842, it was raised to royal patronage under Peter Carl Fabergé, a master of his craft. Fabergé was especially known for the delicate jewelled Easter eggs created annually for the royal family.

THE SWEET SMELL OF ROLL-ON 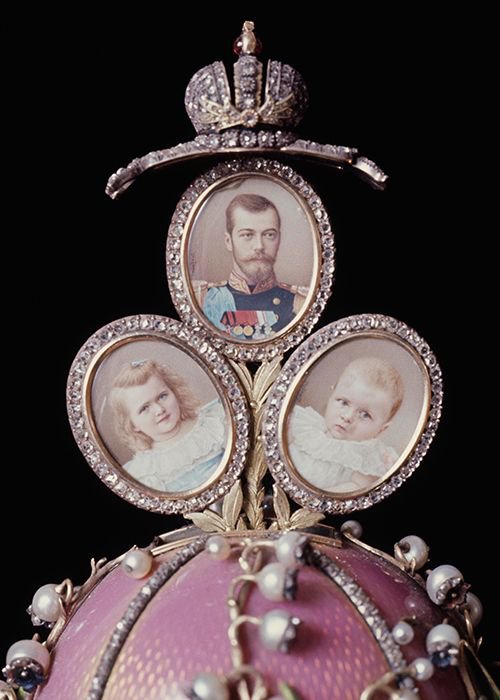 Like many members of the wealthy elite, the Fabergé clan fled into exile after the Bolshevik revolution of 1917. What followed was a schizophrenic emergence of several Fabergé workshops – in Paris, Leningrad and New York. In a kind of ‘pass-the-parcel’ game, the name changed ownership over the decades before landing ignominiously in the hands of Unilever, a global consumer goods company.

‘They used the name on roll-on deodorants,’ says Brian Gilbertson, founder and chairman of Pallinghurst Resources, a South African mining investment company that acquired the brand from Unilever for US$38 million in 2007.

The name Fabergé is now housed in a separate corporate entity, Gemfields, owned by Pallinghurst. Given that Unilever originally forked out US$1.55 billion for Fabergé, the bargain-basement price at which Pallinghurst acquired the brand shows just how far its lustre had dulled by that time. 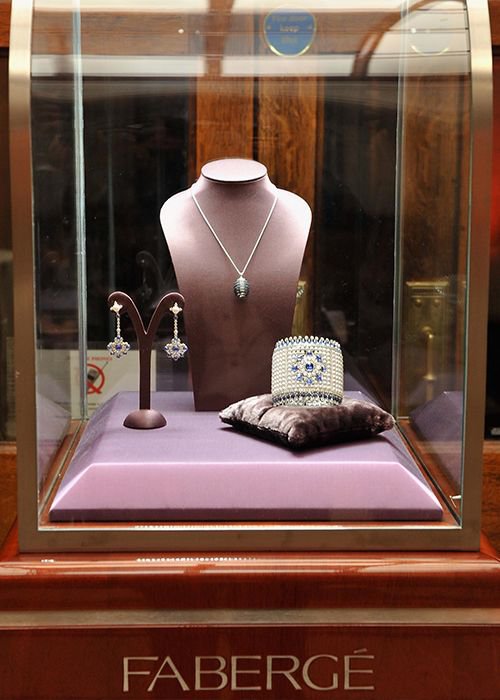 Fabergé creations of luxury jewellery, watches and accessories are available at high street stores in London, New York and Paris

So, one may ask, can a mining company do any better?

Gilbertson believes so. Gemfields produces much of the world’s emeralds, amethysts and rubies from mines in Zambia and Mozambique. Eventually the company hopes to emulate the success of De Beers, the diamond producer that mines, refines and retails its product. De Beers stores are now an established high-end brand around the world, and with Fabergé, Gilbertson hopes to do the same.

‘The idea is to recreate for coloured gemstones what De Beers did for diamonds. De Beers essentially created the diamond market from the ground up, artificially controlling demand, and backed a superbly successful advertising campaign with slogans such as “a diamond is forever”.’

This, then, is the strategy behind acquiring the Fabergé name.

Gemfields already has four stand-alone Fabergé stores and about a dozen outlets around the world. Fabergé creations of luxury jewellery, watches and accessories are available at high street stores in London, New York and Paris.

You’ll need deep pockets though, if you see this as a way of investing in art and luxury collectibles, with a Fabergé Visionnaire gold timepiece setting you back R750 000.

As for the iconic eggs that built its reputation, Fabergé still occasionally makes these. Recently, it set to work 20 craftsmen to create a custom pearl-inlaid egg for the royal family of Qatar. It consisted of 135 fine white pearls and 3 300 diamonds. And the price?

Fabergé isn’t saying but chances are, you can’t afford it…