Vusi Thembekwayo is a serial entrepreneur, an internationally renowned business speaker, and the CEO of a boutique investment and advisory firm. He also starred as a ‘dragon’ investor on the African edition of the popular reality TV series, Dragon’s Den. We chatted to Vusi on the long-term view, why philanthropy should empower, and why it’s too expensive to retire.

How would you describe yourself?

What essential money lesson have you learnt, and from whom?

My mother taught me that it’s not about how much money you make, it’s about how wisely you spend.

What passion does money allow you to indulge?

Cars and travel. Admittedly I have too many cars: one classic, two super sport cars, an SUV that I use to drive the family around, and one track-day car.

Does being wealthy equate with being happy – in what way?

No – often the contrary, I think.

Intermediate, with a bias towards high risk.

What did you do with your first pay cheque?

I gave it to my mom.

Who would you most like to have a one-on-one with, and what would you ask?

Andrew Grove – he brought Intel back from collapse. I’d ask him, ‘Were you ever scared?’

Why would you hire yourself (or not)?

I’d hire myself because I don’t understand the concept of working hours. If there’s work to do, I do it. 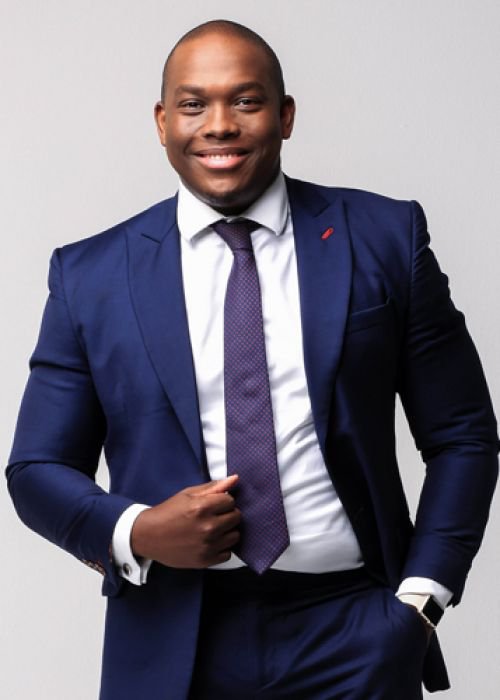 What are your views regarding philanthropy?

It’s necessary, but it must empower the people for whom it is intended. I believe in philanthropy, not charity.

What gives you hope?

The idea that young people don’t see borders or nation states any more. They worry about humanity as a whole. Trump bans Muslims and you see riots all over the world. It’s heartening.

What makes you happy?

The way my son says, ‘Daddy’, and the way my daughter smiles when I tickle her.

It depends on the time and place, but anything that resembles triumph over hardship, that exemplifies the idea that if you work hard, you can achieve whatever you want.

What is your greatest failing?

I took too long to believe in myself and take my public-speaking business global. I made a lot of excuses and probably lost a decade as a result.

Which of your qualities do you most appreciate?

I’m emotionally in tune, and I’m a big softie with a big heart, so I am often concerned about the welfare of others.

Probably the same one I appreciate – people tend to exploit me as a result.

If you could change one thing about yourself, what would it be?

I’d be four inches taller. I’m six foot two inches, and I’d like to be six foot six. You can’t ever be too tall.

If you were a superhero, who would you choose to be and what power would you most like to have?

I think I’d like to be Thor – I like the idea of swinging a hammer, travelling through time, bending the laws of physics. And he’s a god!

What have you learned from failure?

First, be fastidious – take your time and get all of the information. Second, act, be fastidious in your approach, but do it. Third, recognise when something has failed and don’t flog a dead horse – don’t be stubborn.

I’d love to be able to dance – any kind of dancing. I’m a great singer, a phenomenal public speaker, I have a decent sense of humour – I’m good at all kinds of things, but my dance skills need some work.

What do you consider your greatest achievement?

Being married for nine years and having had two amazing bambinos.

What is your greatest ambition?

To build Africa’s largest venture capital fund that operates across the continent and helps entrepreneurs at the base of the pyramid.

What do you most value in a person?

What possession do you treasure most?

Have you achieved everything you want to achieve?

I haven’t even started.

What do you still want to do with your life?

Visit the ruins of the Aztec civilization. There is so much we can learn from history.

What do you fear most?

Poverty – not having enough.

What is your single biggest regret?

I never told my father I loved him.

What book changed your life?

That’s easy – From Good To Great by Jim Collins.