A new type of restaurant seems to be on the rise. ‘Fast-fine’ eateries offer full bars, extensive menus and high-quality dishes – without a waiter in sight.

While the novelty of punching in an iPad order and having a robot assemble your sandwich is already delighting fast-food fans around the world, is it a different kettle of oak-smoked salmon when the waiterless restaurant enters the realm of the fine-dining experience?

It certainly seems so, and this tendency seems to be emerging and expanding along with other restaurant industry disruptors such as the continued blurring of chain restaurant categories and the rise and rise of ‘fine fast food’ — lobster kebabs, foie gras burgers and deer curries, anyone?

But is the death of the waiter greatly exaggerated and is this concept likely to catch on?

The jury of food pundits is still out, despite respected US industry news site foodrepublic.com identifying it as a trend in a recent article titled ‘The Way To Save The Restaurant Industry? Put The Fast In Fine Dining’.

The US is leading the way in this new disruptive dining segment. From hip eateries in San Francisco to New York City, some time-pressed customers are ditching the pomp and ceremony associated with fine dining in favour of affordability, efficiency and control – while still enjoying a superb meal in an elegant setting, with all the touch points of a five-star restaurant.

Trendy San Francisco eateries Corridor, Souvla, Barzotto and RT Rotisserie plus Daniel Hamm and Will Guidara’s Made Nice (the superstar culinarians whose Eleven Madison Park was recently named the ‘World’s Best’ restaurant) are fusing fast casual and fast fine to represent the vanguard of this movement.

This growing number of fast-fine restaurants sees customers placing orders at glossy counters instead of waiting for table staff to do the honours. Runners rather than waiters deliver your meal and when it’s time for a second bottle of wine or a dessert order, it means a nip back to the counter.

There are a number of factors driving this. A changing labour model, which seeks to offset the rising cost of human capital (and the often bemoaned issue of problems that come with hiring and retaining staff), and time-poor consumers’ need to exercise more control over their dining experience.

‘We are not eliminating the whole service aspect; we are just mitigating it,’ RT Rotisserie’s Evan Rich told foodrepublic.com. ‘But we still want to embrace that tone of being taken care of. I see fast fine as a nice restaurant where you just happen to order at the counter.’ 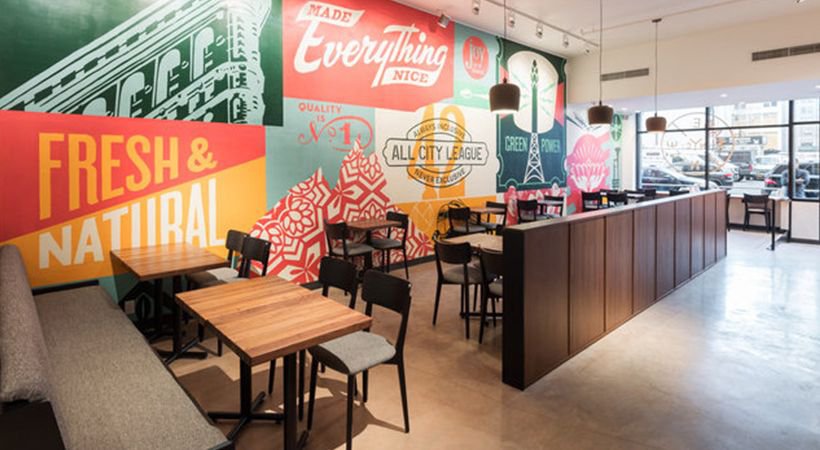 ‘Millennials place increased value on experiences, postponing large purchases until later in life in favour of smaller indulgences, such as dining out more frequently.

‘Fast fine offers consumers what they value from fine dining, just at a more affordable, “any occasion” price point,’ she says.

This tendency may just be starting to emerge in the world’s restaurant capitals but how discernible is it in South Africa – and can this model have traction in the emerging market context where every job is sacred? 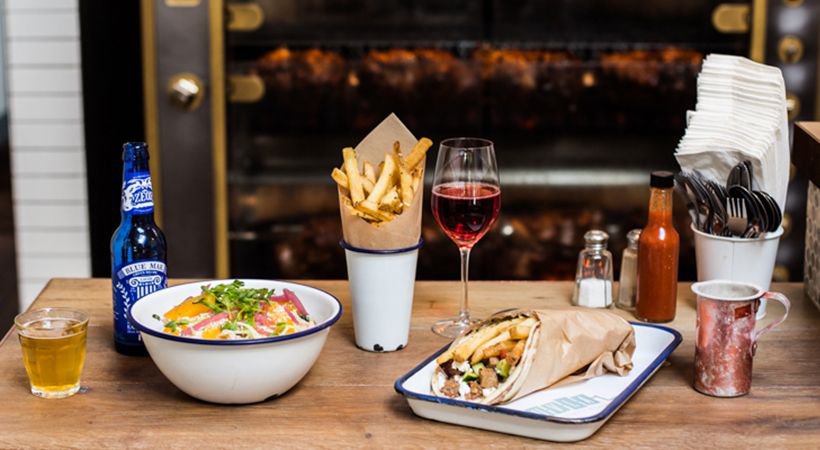 For now, Cape Town’s relatively new eatery Chefs, on the corner of a busy street in Gardens, is the first of its kind to reflect this shifting model.

At Chefs, you browse the three daily dishes (such as crispy, grilled prawns with a Vietnamese-style lime, soy, coriander and mint dressing served with a crisp vegetable slaw) on one of the in-house iPads. Orders are then placed via touch screens and paid for upfront, and once you’ve chosen a spot at one of the buzzy communal tables, your meal is delivered on a stylish, customised food tray.

As Chefs MD Campbell Stevenson says, the concept is a strong collaborative effort and has been crafted over a number of years. ‘The waiterless model means we hire more chefs, as this is the focus of our business. We’re in effect adding to employment in South Africa, while creating new skills in the industry with our trainee chefs.

‘Our concept [that focuses on good food, chefs and the patron] has been very well received by diners and we’ve no doubt it’ll gain traction in South Africa and globally,’ he says. 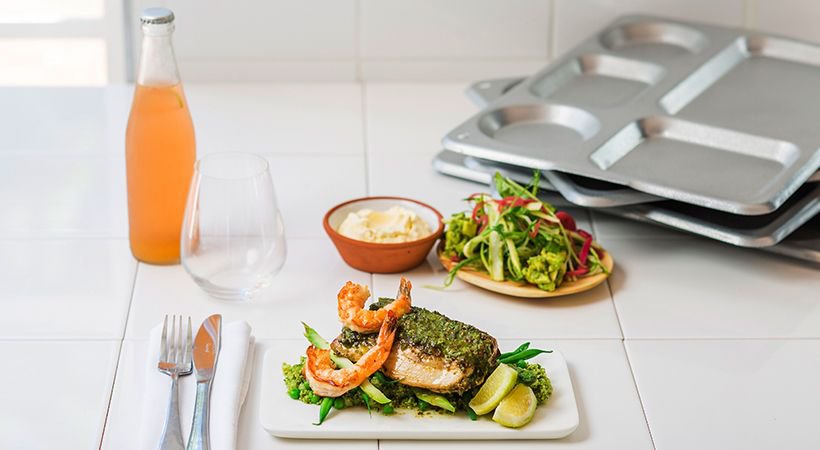 The advantages of a waiterless operation are obvious for the restaurant industry and the consumer, says TASTEmagazine editor Kate Wilson. ‘For the proprietor it means significantly lower overheads. For the customer it means less stress around long waits for service.’

And any awkward conversations between dining companions about tipping fall away when there’s essentially no one to tip. Plus, the bill is significantly lighter on your pocket because of reduced service costs.

‘The existing fine-dining concept is dated and exclusive and frankly, dull,’ Kate adds. ‘It’s out of reach for so many people and those who can afford it would rather eat simpler food that doesn’t take six hours to eat, a magnifying glass and a dictionary. Who can be bothered?’

But those at the helm of exceptional fine-dining establishments disagree. ‘Fine dining is all about being spoiled, it’s about the theatre and ceremony of the table’, says chef Chantel Dartnall of Restaurant Mosaic at The Orient in Pretoria. ‘A fine-dining restaurant should clearly set itself apart from others by providing diners with a level of service and quality that is unforgettable. ‘

Abigail Donnelly, chief judge of the prestigious Mercedes-Benz Eat Out Restaurant Awards, weighs in. ‘Waiterless dining can work in fast-food and more casual eateries where the diner needs no interaction between the menu and the chef. But fine dining isn’t just about the food. The chef’s investment requires waitrons to explain and entertain, giving the diner a bespoke experience.’

Celebrity chef Peter Goffe-Wood agrees, adding that in the top-end restaurants, waiters do add value to the dining experience. ‘The waiterless concept may have traction in a more tech-savvy environment but most fine-dining establishments are still frequented by an older demographic who’d rather be served.’

Fine dining interrupted or not, it seems waiters are still a fair way away from being served their marching orders.