It’s always been seen as a spirit with something of a hard edge…rum now seems to be embracing its piratical history by stealing an ever-larger slice of the premium spirits market.

It may be riding a wave of popularity thanks to the curious palates of those with a taste for the finer things in life, or it may be simply riding on the coat-tails of the craft gin craze – but premium rum is on the rise as drinkers discover there’s far more to this lively spirit than simply mixing it with cola.

The numbers don’t lie – in 2017, rum sales in the UK topped £1 billion for the first time as tipplers discovered the variety and complexity of decent rum.

‘Rum is following the trail blazed by the gin craze,’ says Miles Beale of the Wine and Spirit Trade Association (WSTA). ‘Ten years ago there were around 50 brands in the UK market. This number has increased to more than 150.’

That surge in sales is no flash in the pan. According to WSTA figures, over the past five years rum sales in the UK have increased 18% by volume, and 38% by value. And here’s the kicker: the value of rum sales is growing faster than the volume, as spirits lovers spend more on discovering premium rum.

If you’re hoping for a better bellwether than those cold hard numbers, look no further than the 2018 International Spirits Challenge (ISC).

The ISC is one of the most prestigious spirits competitions on the planet, and each year more than 1 500 entries from nearly 70 countries are sniffed, swirled and sipped in London by panels of international judges. While gold medals are sought-after across the various categories, all producers have their sights set on the Supreme Champion award.

It’s the ISC’s ultimate accolade, and this year, for the first time in the 23-year history of the competition, it was a bottle of premium rum that took the honours.

That was the Foursquare 2005, a blend of pot- and column-distilled rums aged in ex-bourbon casks from the family-owned Foursquare Rum Distillery in Barbados, where master distiller Richard Seale is the fourth generation to craft premium island rum.

Such is Seale’s reputation, that Robert Greaves, owner of Mhoba Rum in Mpumalanga, describes him as ‘the godfather of rum’.

As with most global trends in the world of spirits, South Africa isn’t far behind when it comes to rum. From Cape Town to the Free State to the Lowveld, craft distilleries are popping up to meet a growing thirst for rum that doesn’t need to be drowned in mixers to be palatable.

A sugar cane farmer, Greaves was first inspired to make rum during a holiday to Mauritius. 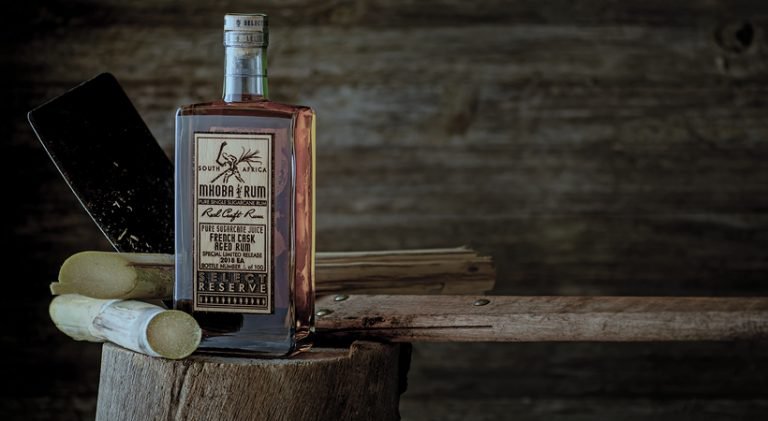 ‘I realised that I lived in a valley filled with sugar cane, and yet there wasn’t a drop of rum being made!’ says Greaves. By 2013 he’d built a cane press and pot stills by hand, and in 2015, the first bottles of Mhoba Rum rolled out the door. Today, his range of rums includes both un-aged ‘white’ rums, and matured rums.

Mhoba Rum is also one of the few South African rums produced in the French Rhum Agricole style, with the sugar cane being grown, crushed, fermented and distilled in the same location. 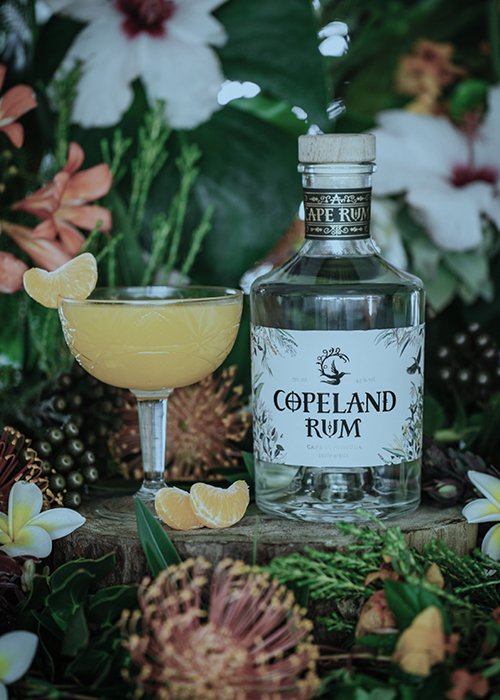 Award-winning Cape-based distiller James Copeland turned to blackstrap when setting up Copeland Rum in 2016, tinkering with specific yeasts and distillation processes to craft a rum smooth enough to sip, but packed with flavour to stand out in a classic rum cocktail.

‘There’s certainly a premiumisation of rum happening,’ says Copeland. ‘I want people to take rum seriously. And people are very receptive to the idea right now. Distillers have been talking about a rum revolution for three years, and it’s starting to happen.’

There’s undisputedly been a boom in the South African distilleries taking rum seriously. On the coast of the southern Cape, acclaimed gin producer Inverroche now produces a premium rum aged in oak casks for seven years, while the Free State’s Whistler Distillery produces ‘African-style rum’ with a pair of excellent aged rums. Amid the lush cane fields of KwaZulu-Natal, both Tapanga and Distillery 031 are worth a sip.

‘This new crop of premium rum producers is the happy result of a piqued interest in premium rum,’ adds Caitlin Hill, Niche Brand Ambassador for global drinks giant Rémy Cointreau. ‘In almost every category of spirits the client is changing. They want to know more about what they’re drinking, where it comes from, and how it’s made. They’re being more conscious of what they drink.’

Hill’s day job is promoting Mount Gay, one of the flagship rum brands in the Rémy Cointreau stable. Distilled in Barbados since 1703, Mount Gay is the oldest rum in the world, and also the longest continuously produced spirit on the planet.

Little wonder then that the aged Mount Gay XO is a fine benchmark in the world of premium rums, and a common sight behind well-stocked hotel bars. Made from a blend of rums aged for between eight and 15 years in charred ex-bourbon casks, the focus on pot-still rums brings a wonderful balance of ripe fruity notes, spice and oak.

‘I recommend sipping it from a glass with a stem, so as not to warm up the rum,’ says Hill. ‘If you want it slightly chilled, use a single large block of ice that will change the temperature without diluting the rum.’

For decades rum has suffered something of an image problem, seen merely as a cheap and cheerful spirit to be disguised by mixers. Today, a crop of swashbuckling distillers is putting the revolutionary flavour back into this age-old spirit.

Next time you’re at the bar, leave the cola in the bottle and order a measure in a good glass. Sniff, sip, swirl and appreciate the brave new world of premium rum. 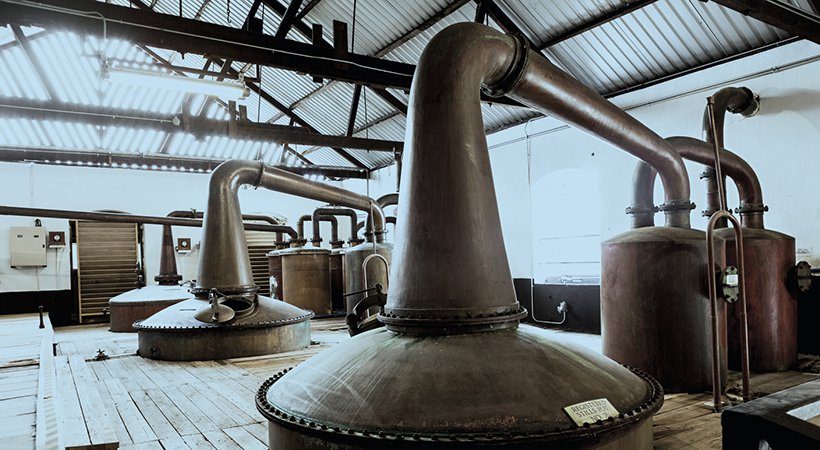 Tap into the network
of the Golden Keys