If ever there was a Ground Zero for the wearable technology revolution, it was the Consumer Electronics Show (CES) in Las Vegas in January 2015. Whereas the previous year, the show featured only a trickle of smartwatches and health monitors, CES was suddenly flooded with wearables.

Dozens of companies announced ‘revolutionary’ new products. Smartwatches dominated the landscape, but also highlighted a fatal flaw: most of these devices merely provided an additional window to the smartphone. However, the absence of functionality found on many smartwatches has led to them becoming prematurely obsolete.

Almost two years later, the IFA expo in Berlin in September 2016, which is the European answer to CES, provided a neat counterpoint to the revolution. Most new wearable technologies showcased at the event met two functional criteria: they were either fashion accessories, or they addressed specific needs that could not be met by smartphones.

The reality dawning on the consumer electronics industry is that a wearable device is an investment, both in monetary terms and emotional attachment. People typically do not change their watches every year or two, and develop a strong sentimental attachment to their timepieces.

The smartwatch was not going to change this.

The activity band, on the other hand, represents not only utility, but also enhancement of the user’s lifestyle. In this context, it becomes relatively simple to add features and functionality that build on that value proposition.

For example, a year ago sleep tracking on activity bands was a blunt instrument that detected movement and confirmed what many already knew: they weren’t sleeping very well. An overhaul in the strategy has now brought in sleep management, much as sports headphones draw on automated fitness coaching streamed from smartphones.

THE FITBIT AND JABRA DIFFERENCE The market leaders in two distinct categories, Fitbit in fitness bands, and Jabra in headphones and earpieces, define the difference. The former used IFA to unveil new versions of its entry-level Flex and high-end Charge HR bands, which between them probably move more units than the smartwatch industry combined. 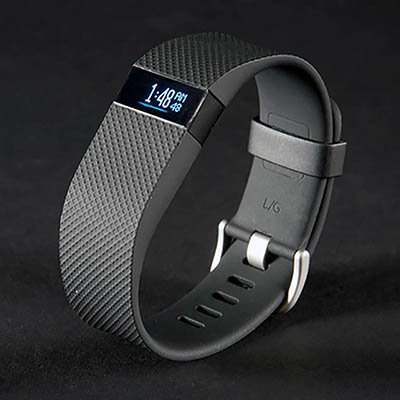 The Flex 2 may be the cheaper of the devices, but is a great pointer to the future of wearables: it features a removable tracker that can be transformed into a bangle or pendant, rendering the technology all but invisible.

That was an element of the thinking at Jabra, best known for its headsets and hearing aids. It unveiled the Elite Sport earbuds, a waterproof training aid that combines music, phone-answering and in-ear fitness analysis, including heartbeat monitoring.

The Elite Sport competes directly with Samsung’s Gear IconX, having the edge thanks to built-in, automated fitness coaching. Before long, Samsung will leapfrog Jabra, after which Jabra will return the compliment.

However, consumers don’t have to feel trapped in an eternal upgrade cycle. Most activity bands are well integrated with smartphone apps, meaning the apps themselves will get most of the upgrades.

I like my technology unobtrusive, so my five favourite wearables are based on this, along with their functionality and elegance.