Andrea Mullineux’s recent Winemaker of the Year award from US publication Wine Enthusiast was just another accolade in an already illustrious winemaking career. We asked her about wine, women and fog.

Since the first juice poured from the presses in 2007, husband-and-wife team Chris and Andrea Mullineux have quickly established Mullineux Family Wines as one of the leading fomenters (and fermenters) of the winemaking revolution sweeping the Swartland.

By 2016 they had racked up 17 five-star ratings from Platter’s South African Wine Guide, and were twice named Winery of the Year. Little wonder Indian tycoon Analjit Singh invested in the business in 2013, opening new doors at his Franschhoek estate for the renamed Mullineux & Leeu Family Wines.

Andrea ended the year by walking off with the prestigious Wine Star Winemaker of the Year award from US wine magazine Wine Enthusiast.

You’re only the third woman to win this award in its 16-year history, and one of just two female members of the Cape Winemakers Guild (CWG). Do you see yourself as a role model for young women in the industry?

I’ve always just wanted to be a good winemaker, not a good female winemaker. But over the past few years a number of young women in the industry have seen what I’m achieving and told me that it inspires them.

So although I never saw myself as a role model, I think I need to take my position as a female winemaker more seriously. Being part of the CWG has certainly given me a public platform to do that. 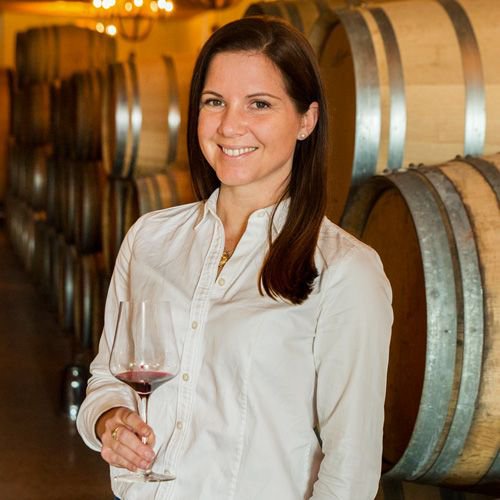 The most important thing is to work with the right grapes planted in the right locations. In a Mediterranean climate like South Africa anyone can grow pretty much any grape variety, but that doesn’t mean it’s going to be the best expression of that variety. I like working with varieties in regions where I think they do best, which is why in the Swartland I work with syrah and chenin blanc specifically.

Which of your wines is the best expression of that philosophy?

The one that’s dearest to my heart is the syrah from schist soils. It’s a vineyard we own, and it’s the vineyard we’ve been working with the longest. It’s really just a fantastic expression of what syrah can do in the Swartland on schist soils. 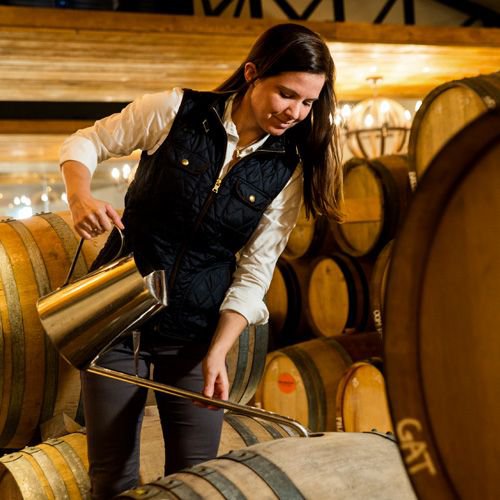 You recently purchased the property on which that vineyard is located, Roundstone Farm. What are your plans for the farm?

We’re planting up additional vineyards, with some exciting and experimental plantings. We’re working with varieties that will be new for South Africa, as well as new varieties we know traditionally work well in the region, such as grenache, clairette blanche and cinsaut.

We’re also planting them in a viticultural way to conserve two important things: water and soil. Everything is planted as bush vines and on the contours, which conserves as much water as possible and protects the soil from erosion. They’re also planted so there will be minimal tractor action in the vineyard and everything is done by hand. It’s good for the vines and we have a great team whom we’re educating along the way.

You also have a wine project in your native California?

I started Fog Monster in 2012. The name is derived from the coastal fog that has an almost stronger influence on the wine than the soil. The fog totally changes the game in terms of what the grapes are going to express.

I want whatever I’m doing in California to have a link to what we’re doing in South Africa, but it mustn’t taste the same – it must still taste like California. In our first year, 2012, we did a grenache from the Sierra foothills, and then in 2013 we made a really interesting red field blend from 130-year-old vineyards.

Back then farmers would plant up to 14 different varieties to ensure they always had a good harvest each year. Our blend had zinfandel, carignan, mourvèdre, cinsaut, barbera – a whole lot of different things. With vineyards that are so old there’s a lot of character in the wine.

"I want whatever I’m doing in California to have a link to what we’re doing in South Africa, but it mustn’t taste the same."
ANDREA MULLINEUX’S - Winemaker of the Year 2016